Late last month, State Senator Alex Padilla (D-Pacoima) introduced legislation to fund a statewide earthquake early-warning system using technology that already exists. During a press conference at Caltech in Pasadena on January 28th, it was discussed that the prototype called the California Integrated Seismic Network needs more money in order for it to go public, and the estimated cost is $80 million.

This amount will fund public outreach and education as well as the technology, like adding new seismic monitoring equipment and upgrading California’s existing network. Lucy Jones, senior adviser for risk reduction for the U.S. Geological Survey (USGS), commented that if they were to build the system from scratch “it would cost $650 million”. The USGS is one of the monitoring network partners for the system. 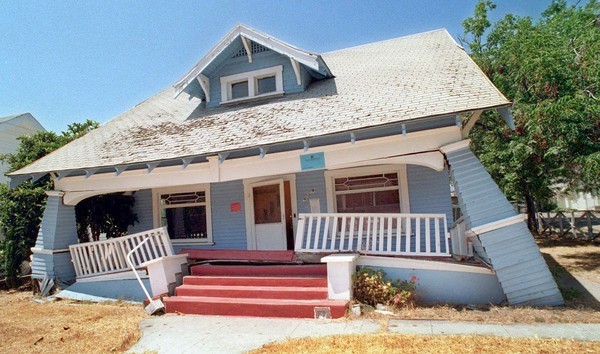 This is just some of the devastation caused by the Northridge earthquake in 1994.

Padilla added, “If you think about the lives we can save, the injuries we can reduce, and the billions upon billions of damages associated with every large earthquake, the system would more than pay for itself.”

Although it would only take one to three years to fully launch the new system, according to Jones, that’s not the real problem. Padilla’s bill has no funding within the state’s budget, but he’s hopeful that he will find a funding source by August, since the state is finally recovering from years of billion-dollar deficits. And although the project also needs federal funding, luckily private groups have stepped in to help, such as the Gordon and Betty Moore Foundation, that donated $6 million for the prototype back in 2011.

And why is this so important? Some of you reading this may be in your early 20s or younger, and have not lived through one of California’s catastrophic earthquakes. But remember the tsunami in Japan just under two years ago? That was caused by an earthquake off shore. And there is a 99 percent chance that an earthquake with a magnitude of 6.7 or more WILL hit California within the next 30 years, according to the U.S. Geological Survey’s most recent forecast five years ago. And a recently published study suggests that the San Andreas Fault could produce a statewide earthquake, with the fault ripping apart for hundreds of miles. That’s especially scary when you think about the the last big one that hit California in 1994 in Northridge was only a 6.7 magnitude, and it killed 60 people and cost $13 billion in damages.

Although an early warning system will save lives, it won’t stop the damage to structures, roads and other infrastructure. If you’ve had damage to your home from an earthquake, a fire, a flood or mold, please give us a call. Our experienced technicians are standing by to survey your damages and help get your home or business back to how it was before the problem occurred. Call now: (877) 732-8471