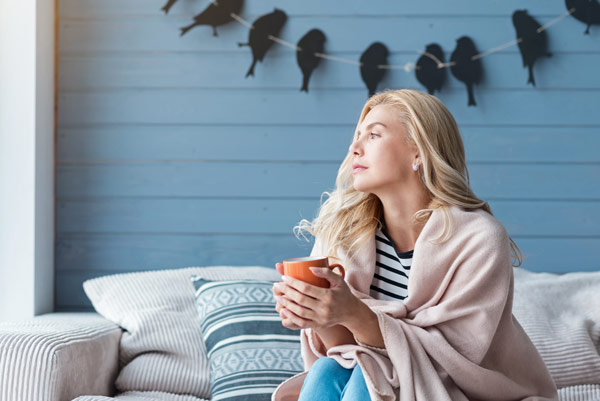 But just think back to two Decembers ago, when downtown Laguna Beach was under four feet of water right before the Christmas holiday. Although not as bad as a hurricane by any means, that storm devastated south Orange County, and had people being rescued from their roofs, homes were destroyed and old-growth trees uprooted. Then there were the windstorms last year at this time that were sweeping the Southland, causing millions in damages to homes, businesses and cities. END_OF_DOCUMENT_TOKEN_TO_BE_REPLACED

This weather is great for hanging out on the beach, and also great for mold growth.

Um, is it August? These Santa Ana winds are so pervasive this year–right now it feels like the height of summer, not the depths of winter. Many other areas of the nation, like Alabama, are facing extreme weather right now, and Washington State was just ravaged with winter storms that brought most of the state to a standstill. But, they’re still standing, unlike the towns in Alabama destroyed by this week’s tornadoes. END_OF_DOCUMENT_TOKEN_TO_BE_REPLACED

Southern California Edison has done it again—the power is out for customers in the Southland. Thankfully, it’s not as many as in November when the winds destroyed power lines, or when San Diego Gas and Electric had that major shutdown in September, but over 1,400 customers are without power in Corona.

The power went out just before 3 a.m. this morning, and SCE is blaming it on equipment problems, not the wind—although it is blowing today in the Inland Empire. Or should we call it the “Windland Empire”? The Santa Anas are being very generous during this holiday season, and although all of us are appreciating the sunny, warm weather, windstorms are becoming a little frequent. END_OF_DOCUMENT_TOKEN_TO_BE_REPLACED

Your house doesn't have to look like this to have a damaged roof. Get it checked now!

If you’re assuming that your roof is fine after the major windstorms over the past week just because your home wasn’t hit by a tree, you may be fooling yourself. Wind can damage a roof in many ways, without the aid of branches and other flying objects, and you might still be in danger.

Your roof goes through a lot, day by day, even in our mild Southern California weather. When it rains, it rains hard and fast, and the sun bakes your roof the rest of the time. We have Santa Ana winds frequently throughout the year—granted, rarely as strong as last week’s storm—that tear at the roof and cause damage that you can’t necessarily see. Even a light rainfall on a damaged roof can cause a larger problem that requires complex, expensive and time-consuming repair, from mold and mildew growth through to foundation damage. Sounds expensive, right?

And with so many homes with power outages after the windstorm, temperatures in the home may fluctuate, causing the perfect conditions for mold growth. Fixing a roof or a leak will be much less costly than mold remediation—at least three times less.

Waterstains or leaks in your ceiling should not be the sign you’re looking for to tell you your roof is damaged. By that time, more damage has been done than you’ll want to hear about—or pay for. Make sure you do regular roof check ups, and have a professional check it at least once a year for signs of damage.

If you’ve noticed any of these symptoms, please call us immediately. We know how to work with your insurance company to make the process as easy and hassle-free as possible for you. Repairs now will cost you less money than if you wait, and there’s a very real danger that your insurance company will not pay for the damage that happens months down the road from a leak caused now!

If you have been affected by the wind and storm in any way, you need to act now. Call us on (877) 732-8471 immediately or fill out the form on the right and one of our trained specialists will call you shortly.

It may be getting colder in the mornings, but that doesn’t mean that wildfires aren’t still a danger. In fact, we’ve had Santa Ana winds lately, and those dry winds combined with the sun-dried hillsides in the Inland Empire are prime for wildfire action.

Although electricity lines were down in the oil field where the fire burned, it has not been confirmed that sparks from the lines started the blaze, said Captain Marc Stone of the OCFA. The Red Flag warning regarding strong winds had already been issued in Orange County and the Inland Empire by the time that firefighters had started to stop the spread of the fire. The firefighters were concerned that it would be difficult to put out the fire, and that the winds would cause it to spread quickly and threaten nearby homes.

Officials considered evacuating a tract of homes along Rose Drive, according to Sergeant Jim Griffin of the Brea Police Department, but did not start that process as firefighters gained the upper hand on the blaze. And although one structure was threatened, none were damaged, thanks to the skills of these brave firefighters.

The Red Flag warning is expected to continue in Orange County and the Inland Empire until 6 p.m. this evening, with the Santa Anas blowing strong with temperatures up into the 80s. Perfect wildfire weather, so keep your eyes open for anything suspicious today. As we know, in past years arsonists have started many fires in Southern California that have destroyed both homes and lives.

If your home has been damaged by smoke or fire, please call Paul Davis Restoration Inland Empire now for an estimate. We only use the latest equipment in order to bring your home back to exactly how it was before the damage, and that equipment allows us to do that in the most affordable way. Call (877) 732-8471 now, or use our online form to request more information.

We are happy to share with our readers that September is officially National Preparedness Month, and here in our home state of California, it couldn’t come at a better time. Our sister companies back east and in the Midwest are bracing for the winter weather, while here in SoCal, we’re watching our hillsides get dryer and dryer, and waiting for that smell of smoke in the air that signals a wildfire.

And the word “wildfire” is misleading—it’s not that the fire is out in the wilderness, although sometimes they are. It’s more that they are wildly out of control, what with our strong Santa Ana winds that come out of the desert and rush across to the coast. It seems to be Mother Nature’s cruel joke that our end-of-summer heat that sucks all the moisture from our terrain coincides with the hot Santa Ana winds, which can create a disaster out of a small fire. END_OF_DOCUMENT_TOKEN_TO_BE_REPLACED